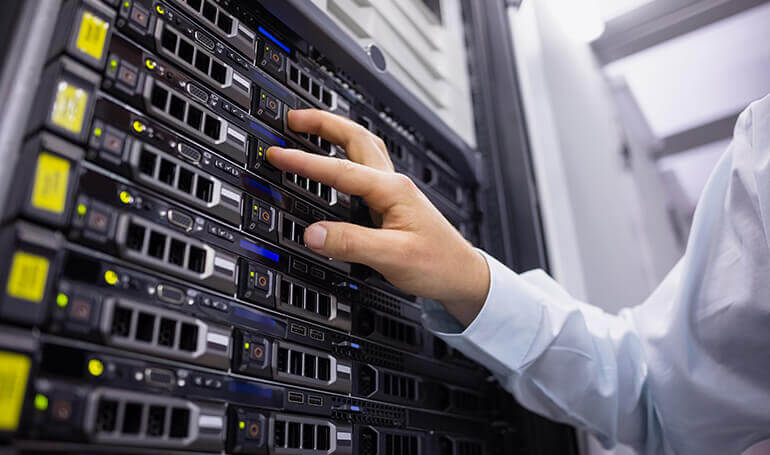 A server is a computer that provides data to other computers. It may serve data to systems on a local area network (LAN) or a wide area network (WAN) over the Internet. Many types of servers exist, including web servers, mail servers, and file servers. Each type server runs a software specific to the purpose of the server. Servers can provide various functionalities, often called "services", such as sharing data or resources among multiple clients, or performing computation for a client. A single server can serve multiple clients, and a single client can use multiple servers. Some of the most common servers in use today are database servers, application servers, mail servers and Web servers. As the name indicates, a database server provides the services and connections for storing, organizing and searching enterprise data. An application server, also called middleware, is the glue that holds the entire system together; it provides the runtime environment for applications and seamlessly coordinates things between the applications and database. Without mail servers, email would not get delivered; as bad or worse to go down would be Web servers, which are what allow people to surf the Web. Other types of critical servers in use are FTP servers, print servers, proxy servers, file servers and domain-name servers, to name a few.